Tucked away along one edge of the Mt Wellington quarry, the Auckland Netball Centre is an impressively large community facility that gives locals and visitors from further afield the opportunity to enjoy netball and other sports. Open from dawn to dusk seven days a week, it welcomes players of every age, stage and skill level to come along and join in.

Over the years, Auckland Netball has produced a fair number of Silver Ferns – in the current team it can lay claim to Maria Tutaia, Bailey Mes and Katrina Grant, to name but a few – although CEO Dianne Lasenby and executive assistant Desireah Robertson both stress that getting to the top of the game is only one facet in this large organisation that caters to over 10,000 players each week. 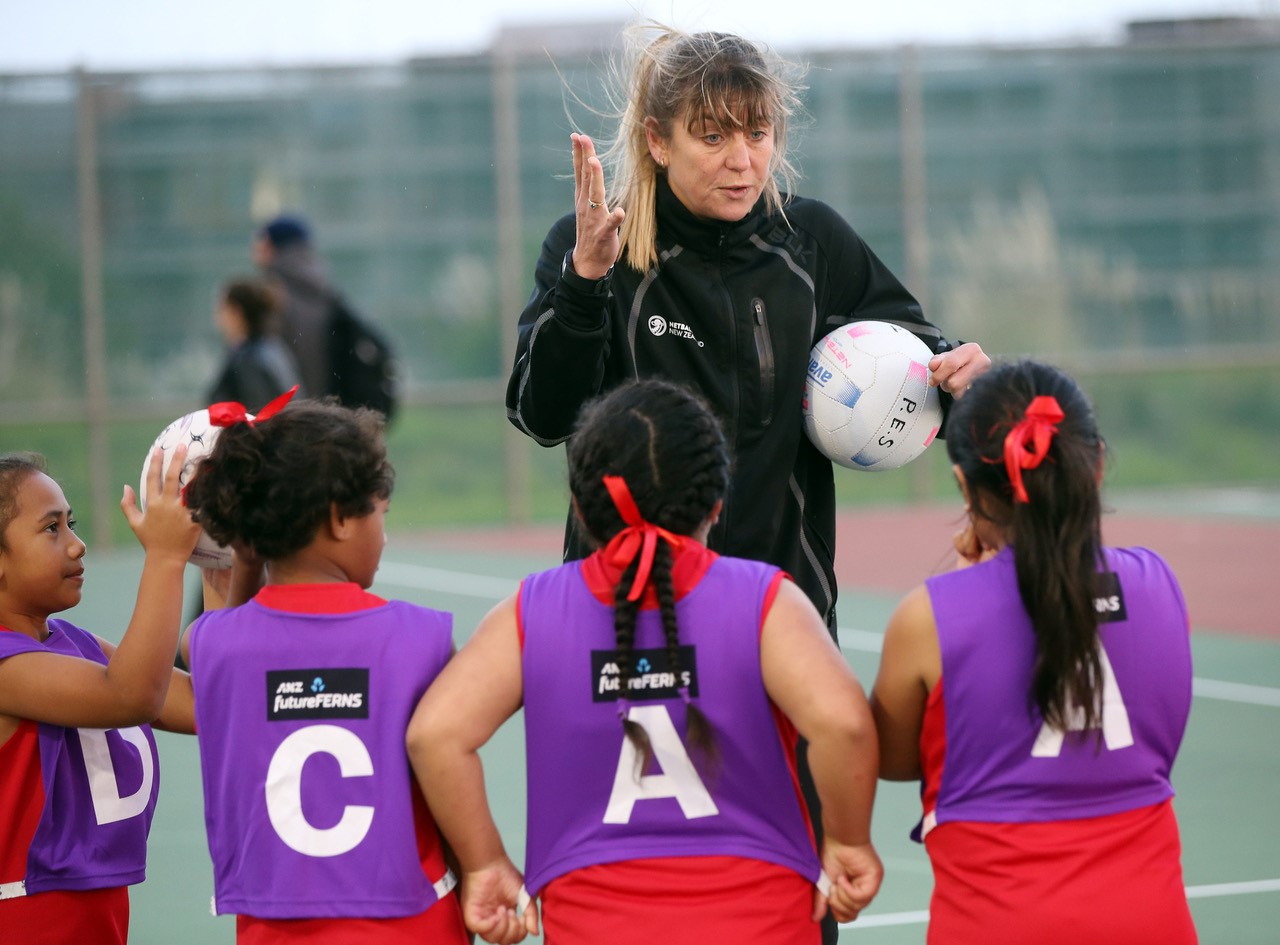 Becoming involved and enjoying team sports such as netball is a great start for young people, says Robertson. Team sports keep children – and adults – fit and healthy, but there’s more to it than that. Sport builds children’s self-esteem, develops leadership abilities and resilience, and teaches social skills and a sense of community.

“It encourages a healthy, active lifestyle, provides a social network, and there’s a real sense of belonging when you are part of a team."

“You have a huge community feeling, everyone knows everyone, and you meet people from different cultures and backgrounds. It’s also a great way for people from different ethnicities to get involved in the community. We see young people meeting each other through netball and developing friendships that last a lifetime,” she says.

Lasenby adds: “You also learn to be mentally tough and resilient – netball is the only sport that never cancels! You have to be ready to play in all weathers, rain or shine.”

There are other life lessons, too. “You learn all about leadership – people who are able to play in team sports often go on to be leaders in business and the community. And you find out about the rewards of working hard when you improve and move into higher graded and representative teams.”

Auckland Netball’s purpose is to engage with the local community and encourage everyone from five to 95 – or even 105 – to have a lifelong enjoyment and participation in netball and other sports.

Anyone who has been involved in school netball in the last 13 years is likely to have chased a ball down these courts.  Since Auckland Netball moved from Windmill Road, Epsom, in 2006, where it had been based for almost 90 years, the Stonefields Avenue site has been the main venue for school and club netball in this part of Auckland. For those who remember the Windmill Road days, that venue has now been upgraded and is a satellite.

“This is a venue where the community can come and play games; there are facilities for development players, school and social teams, pathways available for players aiming for the top elite teams, and we train up-and-coming coaches and umpires. Our aim is to keep people interested and in the game, rather than having children drop out after they leave secondary school,” says Dianne. 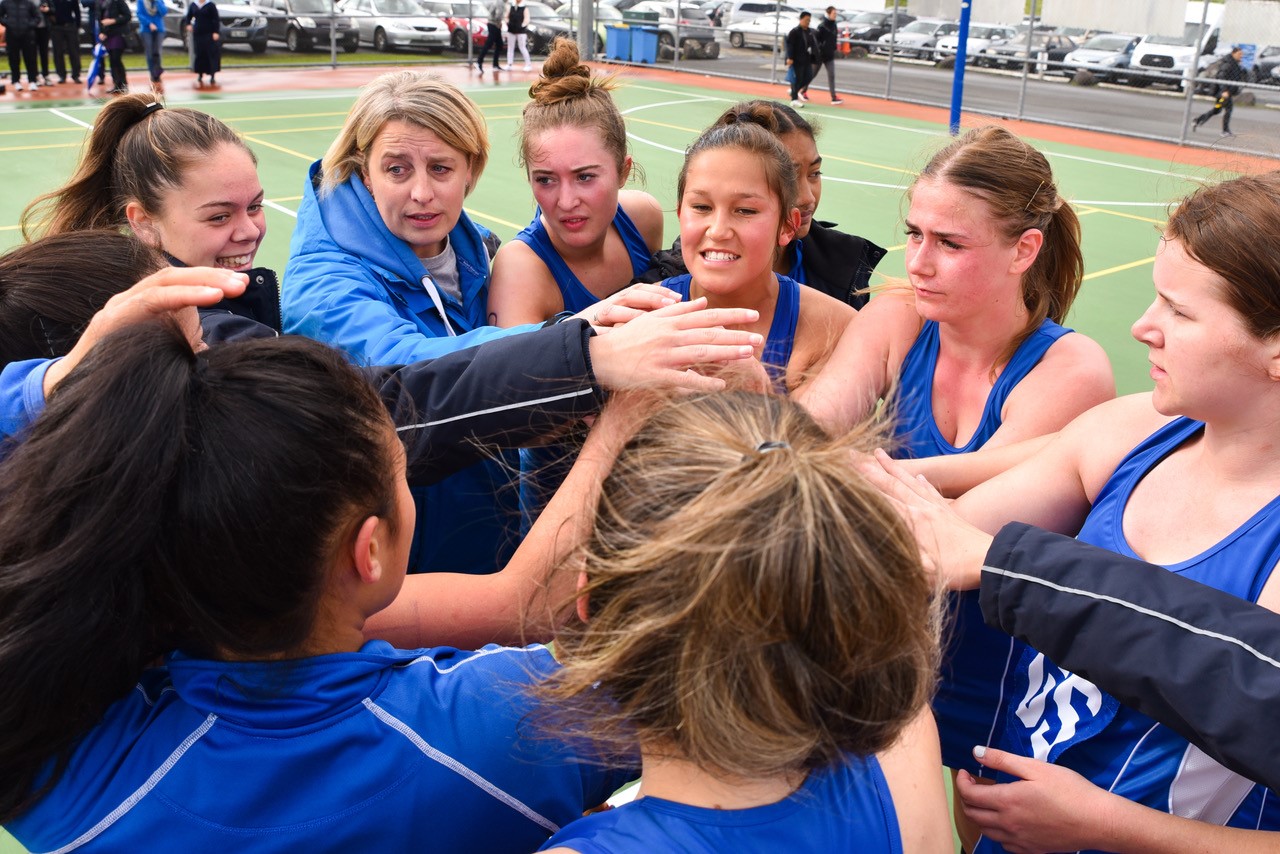 Players come from a wide area of Auckland – the Eastern Suburbs, Howick to Avondale and South Auckland – and the courts are used for competitions between school and club teams in all the different ages groups and grades, with games played during the weekends and after school.

The local Tamaki community is equally important to Auckland Netball, with the organisation offering development opportunities and competitions for netball teams from the local schools, plus after-school and holiday courses for families in the area.

“We see ourselves as a community facility, so our other programmes are also really important. As well as netball, we offer multi-sports, cooking, craft, and so on, and we also take our netball skill development programmes directly into the local schools,” says Lasenby.

“With the government’s Kiwisport initiative, we have been going into local schools, giving the children a taste of netball, and helping the schools to get their own teams together and coach their players.” 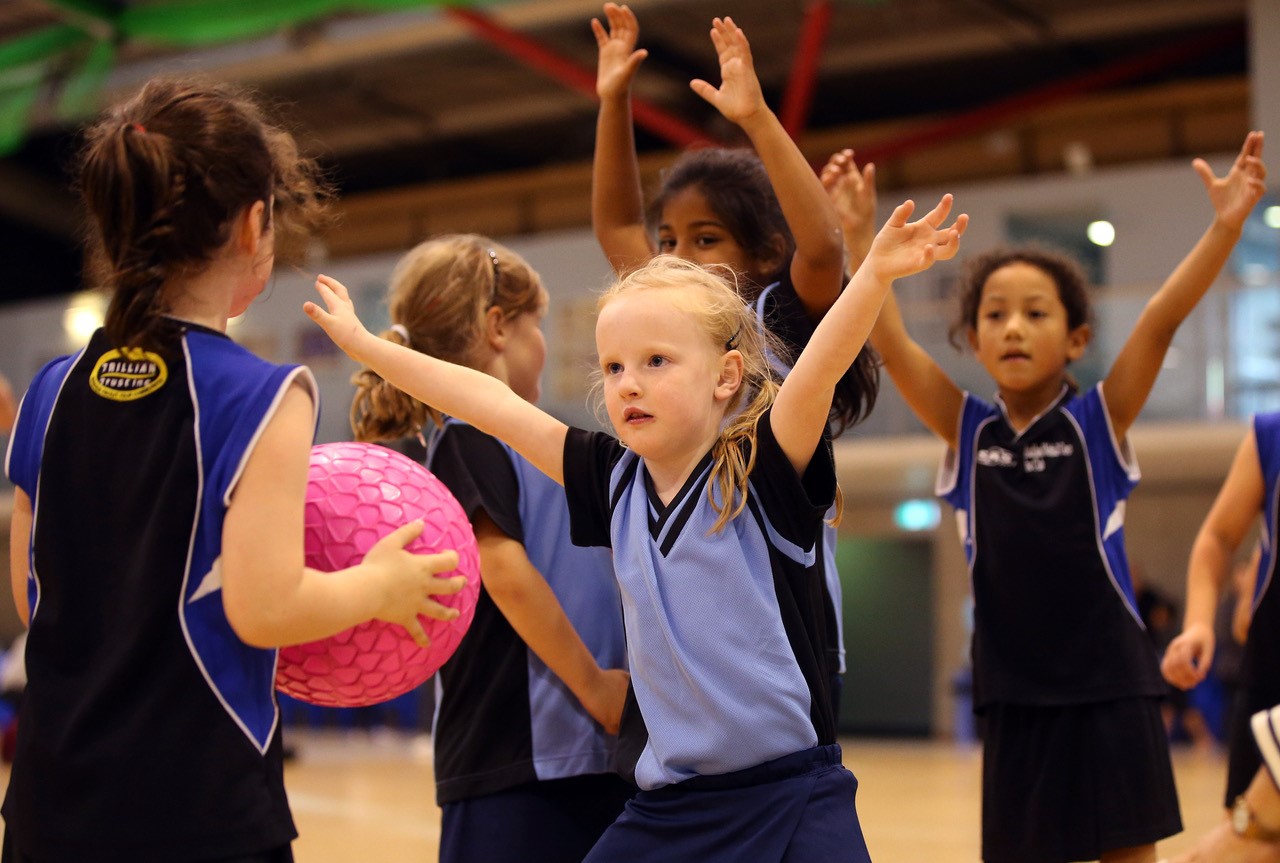 An after-school netball programme at the centre introduces new players to the sport, “and for children from schools that aren’t big enough to field a full team, we have established our own St Johns Netball teams. We supply uniforms, coaches, and so on, and it gives these children a chance to compete in a team with other schools,” says Lasenby.

Members of the community can hire space at the centre for one-off or regular events like boxing matches and birthday parties, and the netball and tennis courts can be used on a casual basis at no charge. “We regularly see groups coming here for things like community bootcamps, boxing and fitness, as well as families and friends using the courts for social games of tennis or netball.”

There’s also a market on Sundays where stallholders sell fruit and vegetables and other food items as well as bric-a-brac. “It’s all about getting people to use and enjoy the facility,” Lasenby says. 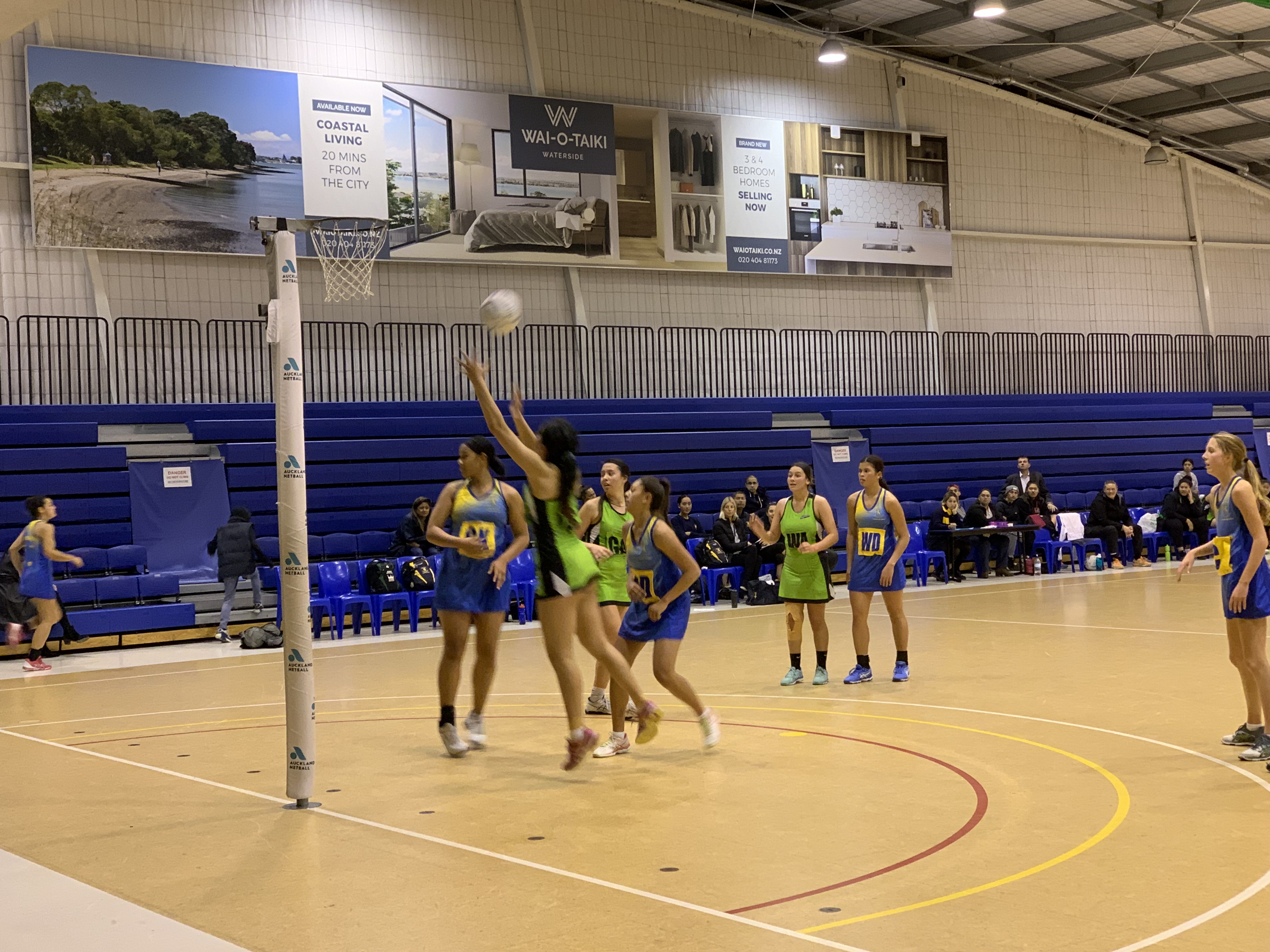 Auckland Netball is a non-profit organisation, with much of its funding coming from grant funders and community sponsorship. “We really appreciate that local businesses and organisations are so keen to support us and work with us as partners in the community. Without their help, we could not provide all the programmes that we currently offer,” says Lasenby

The sponsorship that the centre receives goes toward its operating costs as well as funding to enable staff to take its coaching programmes for young people into local schools.

“The more we can do in the community,” says Lasenby, “the more potential players we will be in contact with. There are always going to be barriers that prevent some families getting to the centre, so the sponsorship we receive helps us take our programmes to them.” 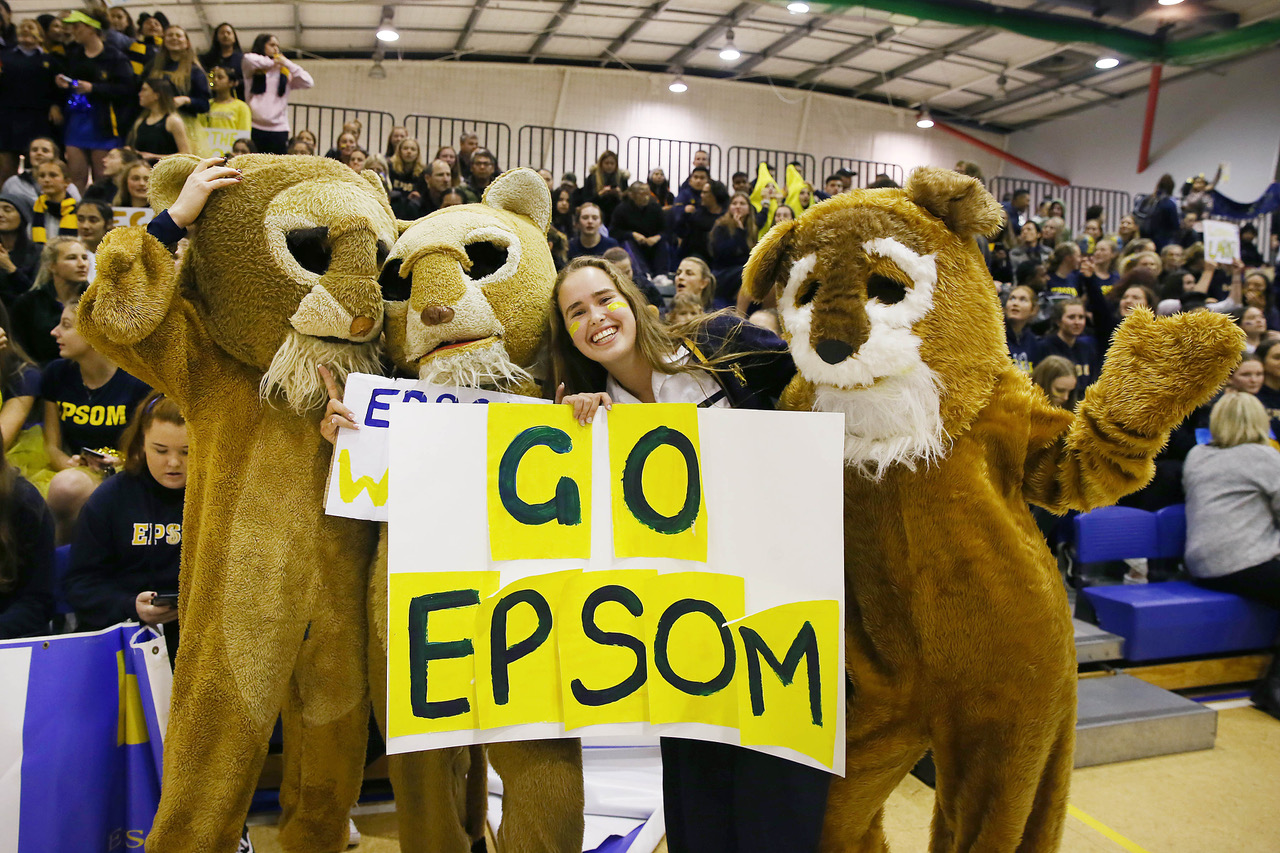 If you are looking for a brand new home that is not only close to the Auckland Netball Centre but also rowing clubs on the Tamaki Estuary, cricket and rugby at Colin Maiden park and the Scarbo tennis centre then take a look at our latest listings in Waiotaiki Bay