Among the least hilly of Auckland’s suburbs, Glen Innes is an excellent choice for those who like the idea of leaving their car at home and getting about locally or further afield on a bicycle.

To encourage people to get pedalling, Auckland Transport (AT) and the NZ Transport Agency (NZTA) have several cycleways in the suburb in the planning stages or already completed. These new, dedicated tracks are physically separated from pedestrians and cars where possible, and AT and NZTA are also planning to improve key intersections and roundabouts along the routes to make them safer for all road users.

AT says the aim of these paths is to provide safe and attractive cycling routes in and around Glen Innes, and to make it easier for locals to travel around their area without needing a car. The paths will provide families, school and university students and people going to work with better connections to the train station, town centre, schools, shops and community facilities.

Most of these cycle tracks radiate out from the centre of Glen Innes, so young people, families and keen cyclists alike can safely and easily get to local destinations such as Colin Maiden Park, Ngahue Reserve, the Auckland Netball Centre, Scarbro Tennis Centre, Tamaki College, the University of Auckland Tamaki Campus, Te Oro Music and Arts Centre and the train station. 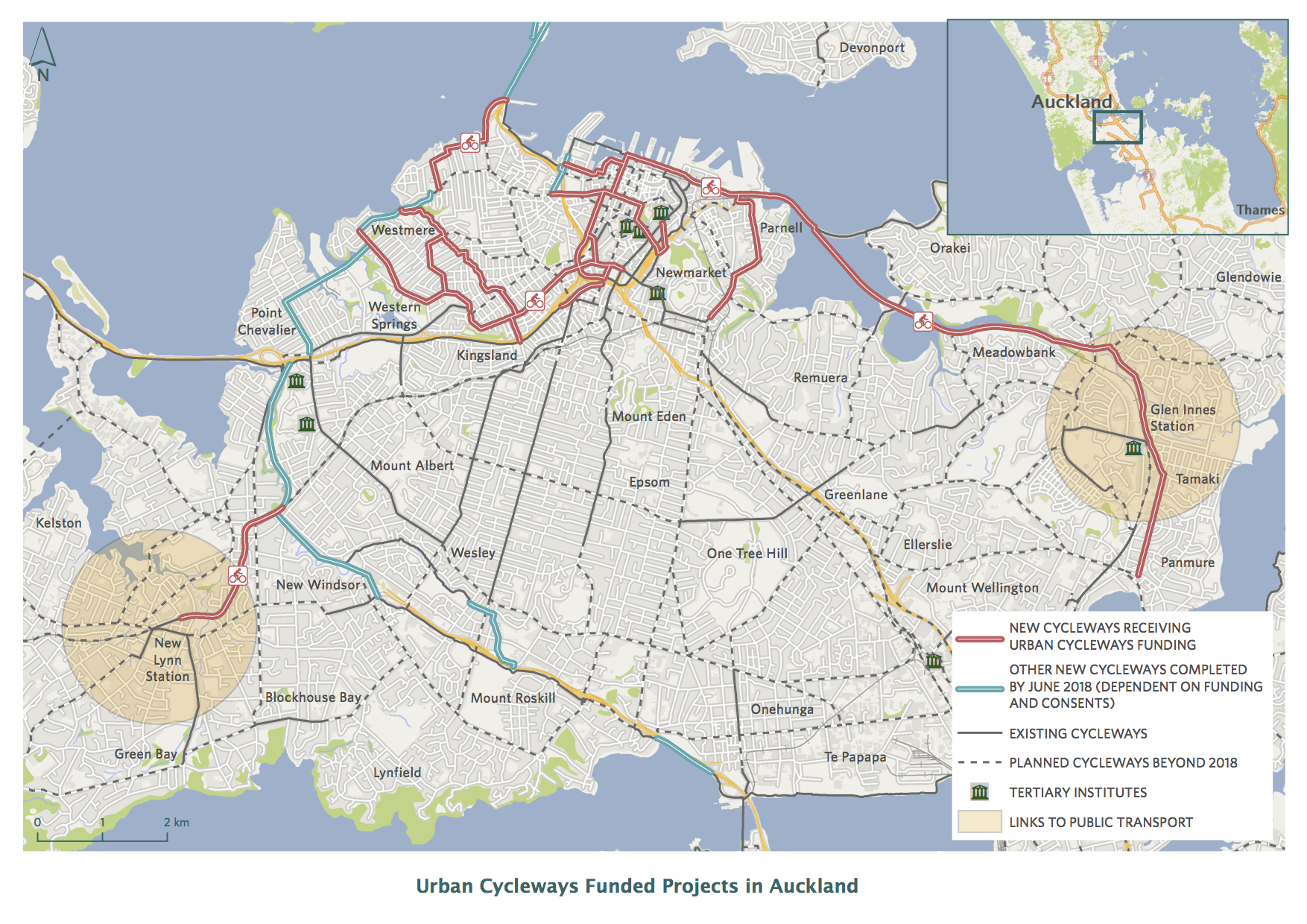 Pedestrians will also benefit from the new plans; the walkway and underpass between Felton Mathew Avenue and the Glen Innes train station is being widened to three metres and becoming a shared path for those on foot and on bikes.

AT and NZTA believe that as well as encouraging people of all ages and cycling skills to consider using bikes, rather than cars, for local journeys, better cycling facilities will make it easier for locals to cycle to work in nearby suburbs or the city, and help people connect with other transport options like trains and buses. Cycle racks are being provided at the train station for passengers who can’t or don't want to take their bikes on the train with them.

The new local cycleways around Glen Innes are part of a bigger plan to connect with a shared path for cyclists and pedestrians that will follow the eastern rail line from Merton Road, near the Glen Innes railway station, to the waterfront at Orakei. Whether for exercise or a fun day out, or if you’re commuting to work, you’ll soon be able to walk, run or cycle all the way from Glen Innes to the Waitemata Harbour and its beautiful beaches, or on into the city centre.

When it’s completed in 2018, this seven-kilometre-long Glen Innes to Tamaki Shared Path – Te Ara Ki Uta Ki Tai (the path of land and sea) will also connect with other pathways on Auckland’s cycle network, such as the 12-kilometre Northwestern cycleway.

Where possible, Te Ara Ki Uta Ki Tai is designed to be sheltered from wind and separated from traffic. Easy gradients are being included to make the paths child and family friendly, and good lighting extends the hours it can be used, particularly during the winter.