Baker & Co – “I’m the Baker and my Mum’s the Co”, Tasmyn says, with a big smile – first opened its doors in 2015, when Tasmyn began making wedding and birthday cakes and home baking for customers to take away. “We started small, but things took off faster than we expected,” she says.

“It felt like a nice area when we were first looking for a shop and we felt we would fit in well – and we have.”

“Originally, I began with takeaways only – simple, fresh home baking, and everything I made was tasty and used quality ingredients. My goal was to produce really good quality food, offer good service and great coffee,” she says. “When we opened, we struggled to get through 3kg of coffee and now we use about 27-30kg a week. The growth has been amazing.” 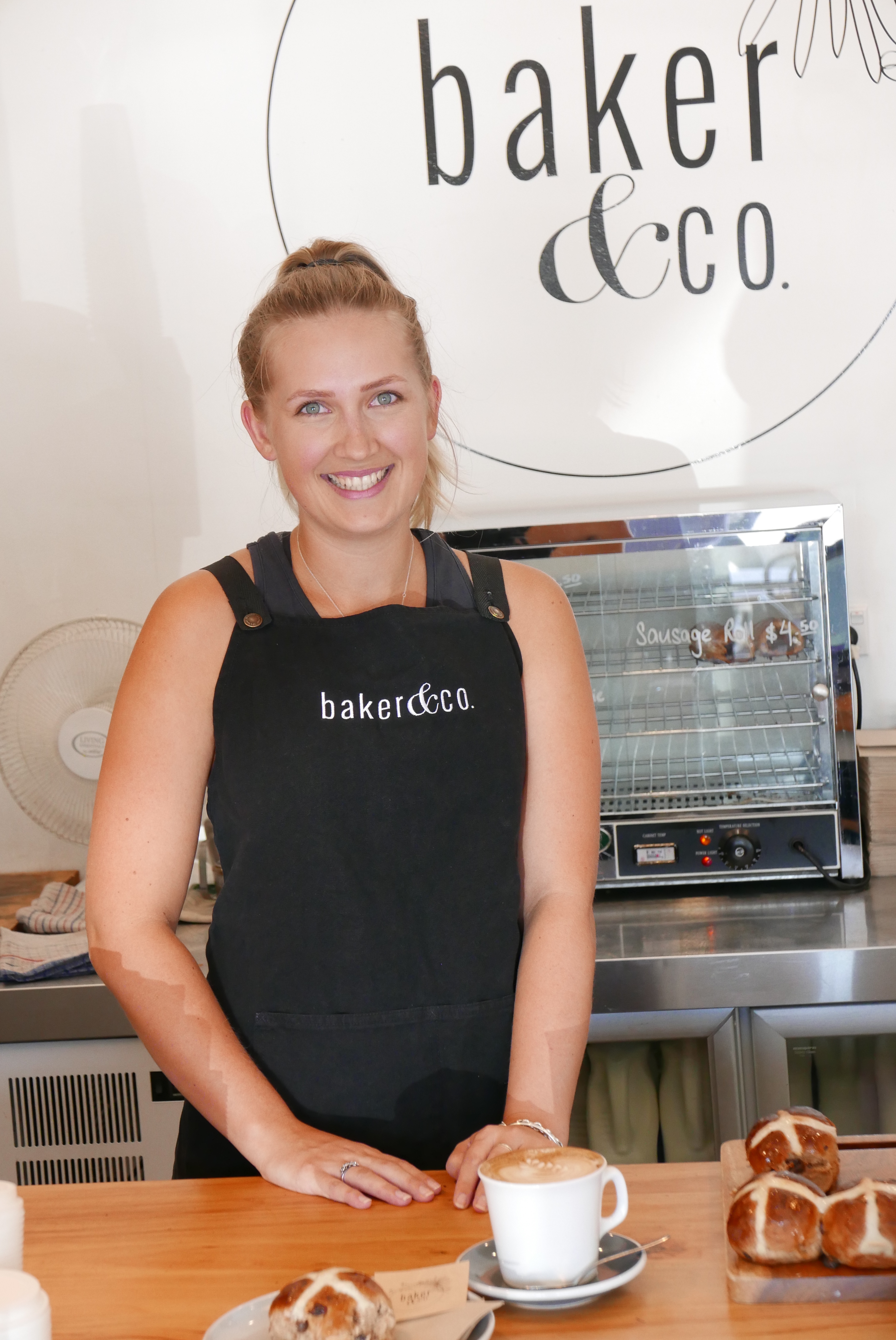 Tasmyn quickly recognised the potential and when the space next door came up for sale, she saw it as another great opportunity. “I already had a good customer base and wanted to create a hub for the community.”

So, within two years, and “with support from Mum and Dad”, the business, which had begun with a staff of one – Tasmyn, with help from her mum, and her dad to provide extra business advice – has grown to 12, and on a steady day they serve about 200 customers. The new space became the café where she and her team serve everything from breakfasts to afternoon teas, delicious treats from her speciality cabinet food, which is “traditional with a little bit of as twist”, a selection of their own jams and preserves, and home-made frozen dinners for customers to take away. 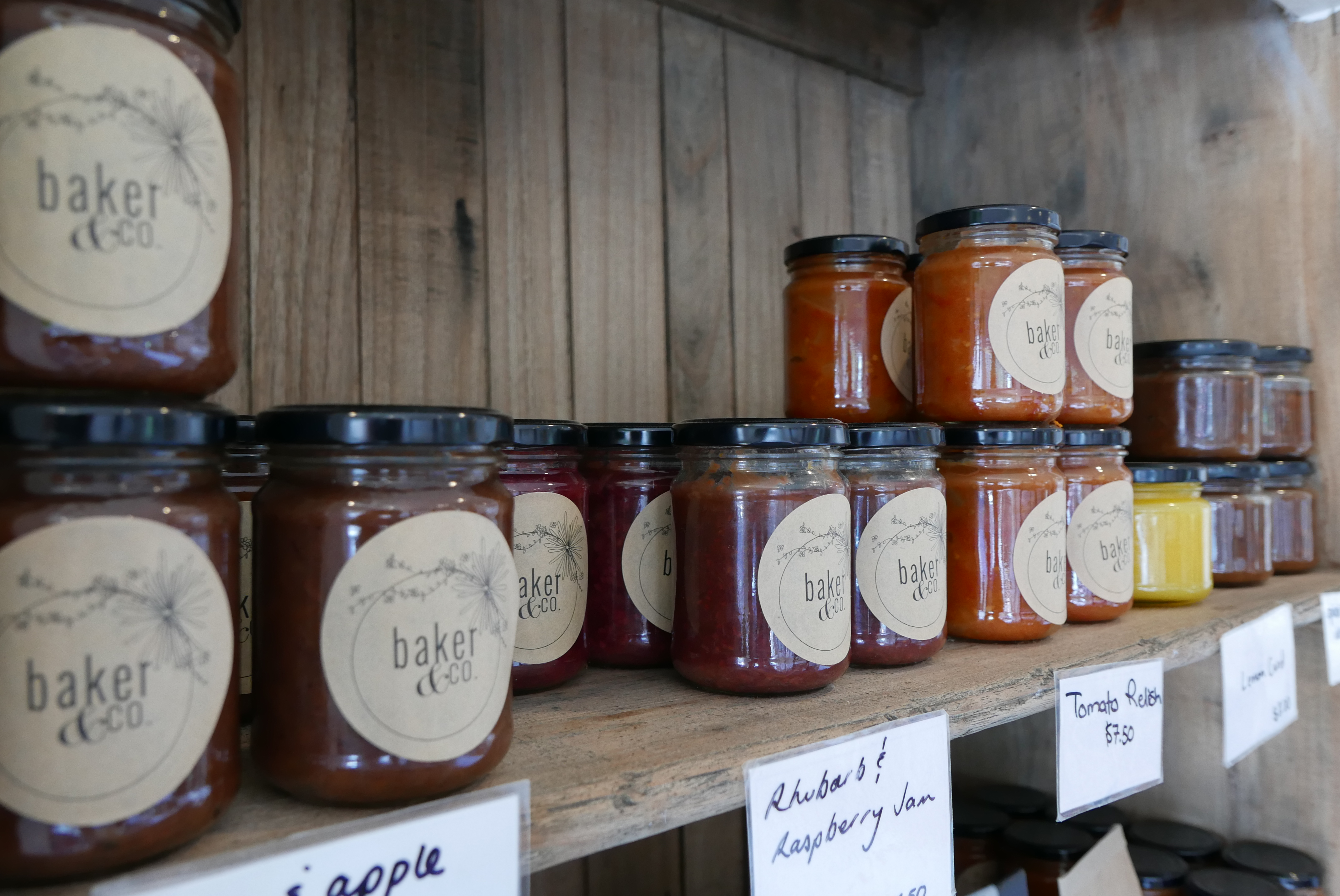 Tasmyn’s love of baking began when she was quite young. By high school she realised in her heart that, rather than studying at university, she wanted to do something more hands on.

“I had always baked cakes for friends’ birthdays, so baking was something I knew and enjoyed. I found a course at AUT, a Diploma in Patisserie, but Dad really wanted me to go to university. So, at a family dinner with friends, I saw what I thought was the perfect opportunity to tell him.” Tasmyn says he muttered something unrepeatable, then there was complete silence. “But now he is my biggest supporter!”

After completing her diploma, Tasmyn worked in cafés in Auckland, then moved to Sydney where she helped to set up a cake-making business from scratch. “Working there made me think that I could do this for myself,” and after eight months, Tasmyn came home “to begin building my own reputation, with the long-term goal of having my own place.”

“I grew up with Mum baking, using recipes of her own and from her mother and her grandmother – so some of the recipes I use are the ones I have grown up with, and some are recipes I’ve developed myself. Often, I adapt them to what my customers want, and I adjust the flavours every so often to keep things fresh and interesting. I also think it’s important for my staff to try out their own baking ideas,” she says. 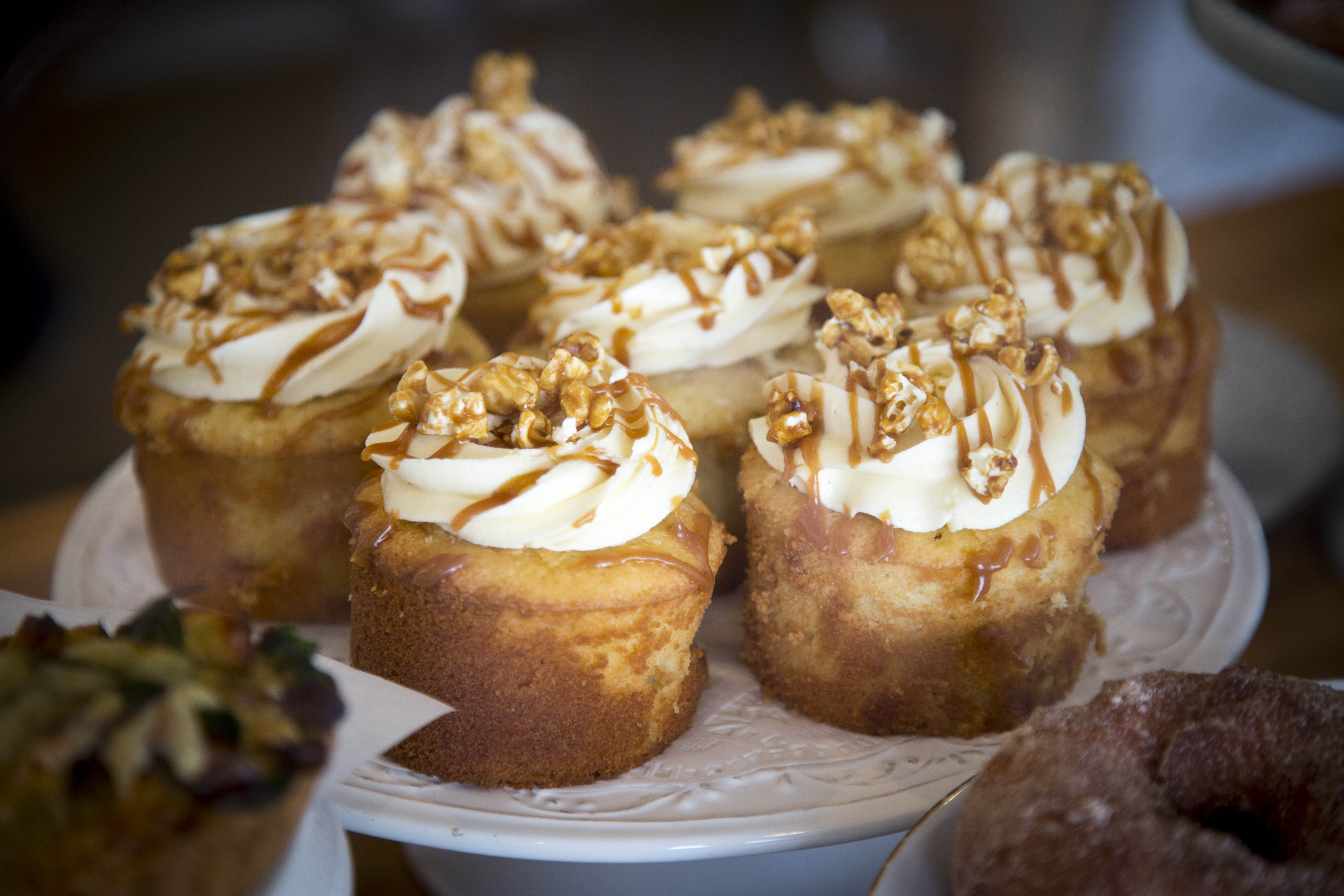 Tasmyn’s grandfather passed on her great-great-grandmother’s recipe book, which she treasures, “and I’ve used a few things from that,” she says.

Being aware of what customers want is important; recently Tasmyn was diagnosed with Celiac disease, and about the same time realised a lot of people were asking about gluten-free food, so now she focuses on producing both gluten and gluten-free versions of her recipes.

“Cheese scones are probably the most popular thing I make; people go crazy for them,” she says. “They love them with my homemade rhubarb and raspberry jam, and they are also favourites with my dog customers; some people come in just to have a cheese scone and share it with their dog.”

Not that the local dogs have to rely on cheese scones, because Tasmyn and her staff have a range of tasty, handmade doggie treats at the ready. Nor does she overlook her other smaller customers – children are all given big squares of homemade marshmallow to enjoy with their fluffies. 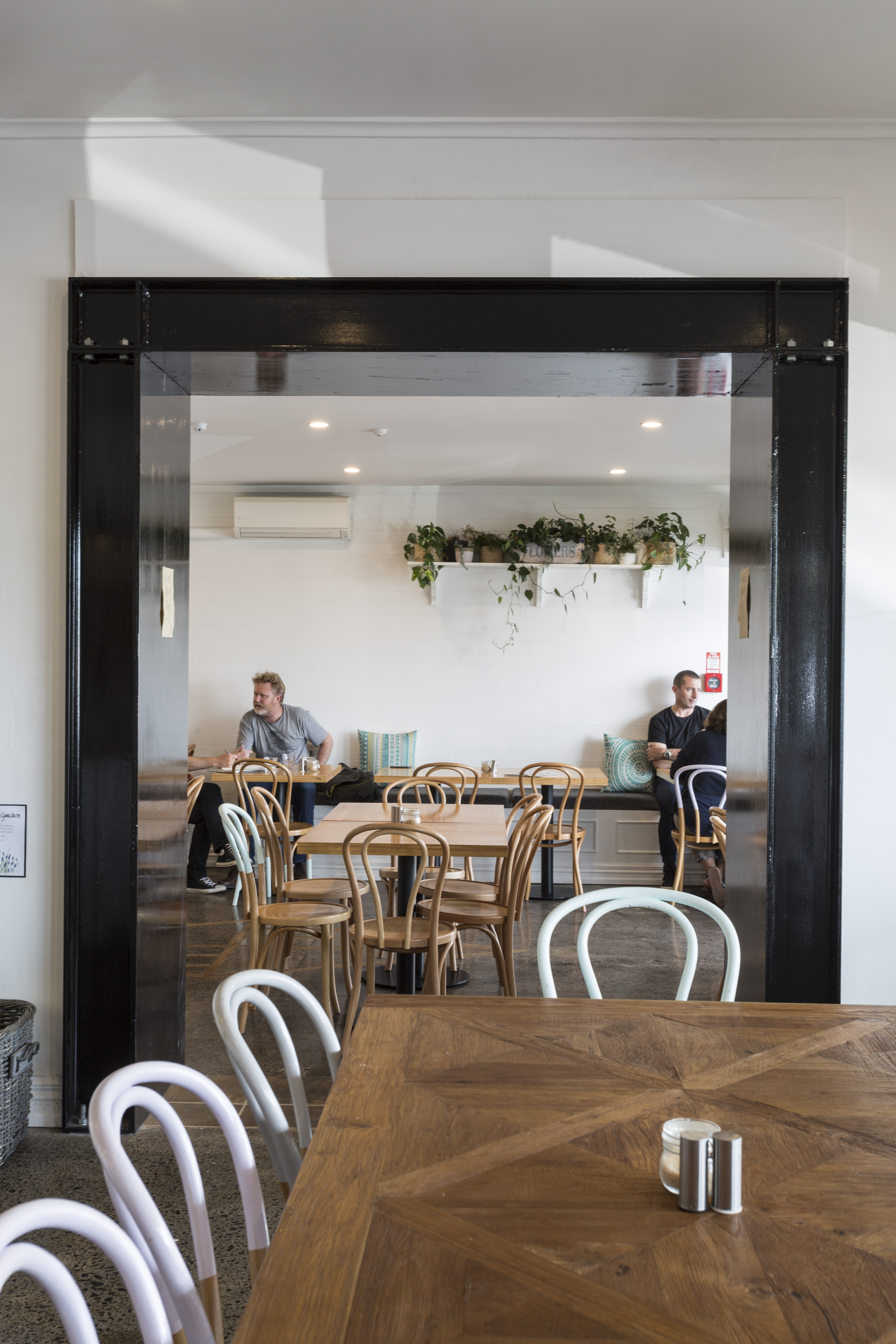 Tasmyn’s mantra is that everyone who walks through the door should be greeted with a smile, and be able to choose from a range of fresh, everyday, old-school food cooked from nostalgic recipes – so the cabinets are filled with custard squares, ginger kisses, afghans, chocolate slices, lamingtons, and all sorts of old-style kiwi cookies and slices just like “Mum used to make”, she says.

Regular weekend treats include homemade jam and cream donuts – while on special occasions and holidays like Easter, Mothers’ Day and Halloween, Tasmyn comes up with something a bit different. This year’s Valentines’ Day special, for example, was a heart-shaped shortbread sandwich – with a homemade raspberry marshmallow filling, and held together with white chocolate.

Tasmyn gives her creativity full rein with her cheesecakes, and customers drive from all over town to buy them. Flavours change weekly, so you might find anything from rhubarb and vanilla crumble to lemon meringue, often depending on what’s fresh in season. 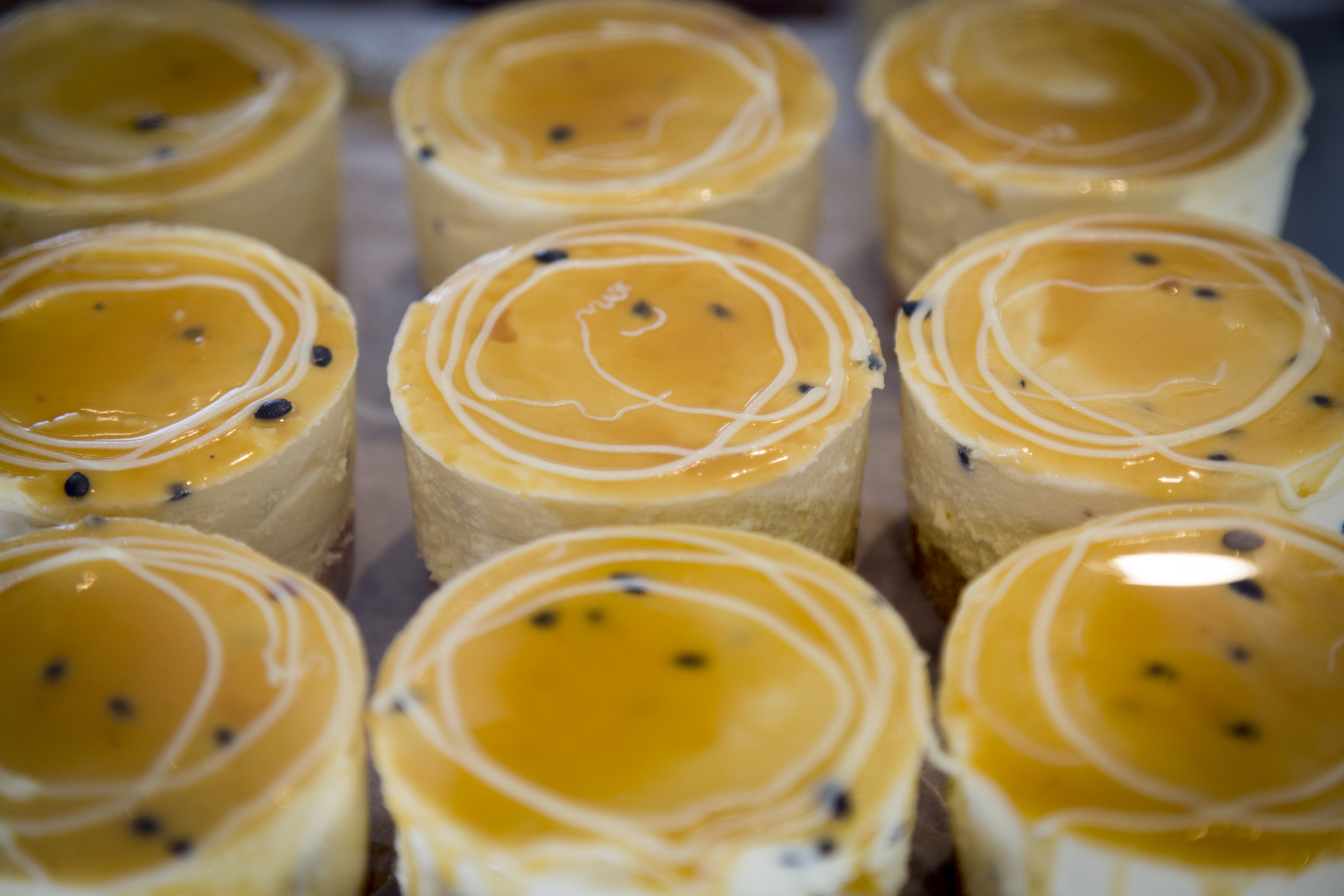 Tasmyn says she has noticed lots of new, young families moving into the area, even since she first opened her business, and they come in, surprised and pleased to find a café like hers.

“My customers are mostly local and there’s a real sense of community here. They come in and bump into their neighbours and people they know. It’s cool to see.”

During the week people drop in for a coffee or breakfast on their way to work, teachers come from the local schools, young mums pop in for a coffee while they are out walking or they might pick up a pre-prepared meal, and people from the retirement village nearby regularly dine on her freezer dinners. “Then on Saturday mornings the families all come in together with their young kids; often it’s the same people I see during the week, but with the rest of the family in tow. I can link mums and dads and children together, having met them separately in the week. It creates a really nice local flavour.” 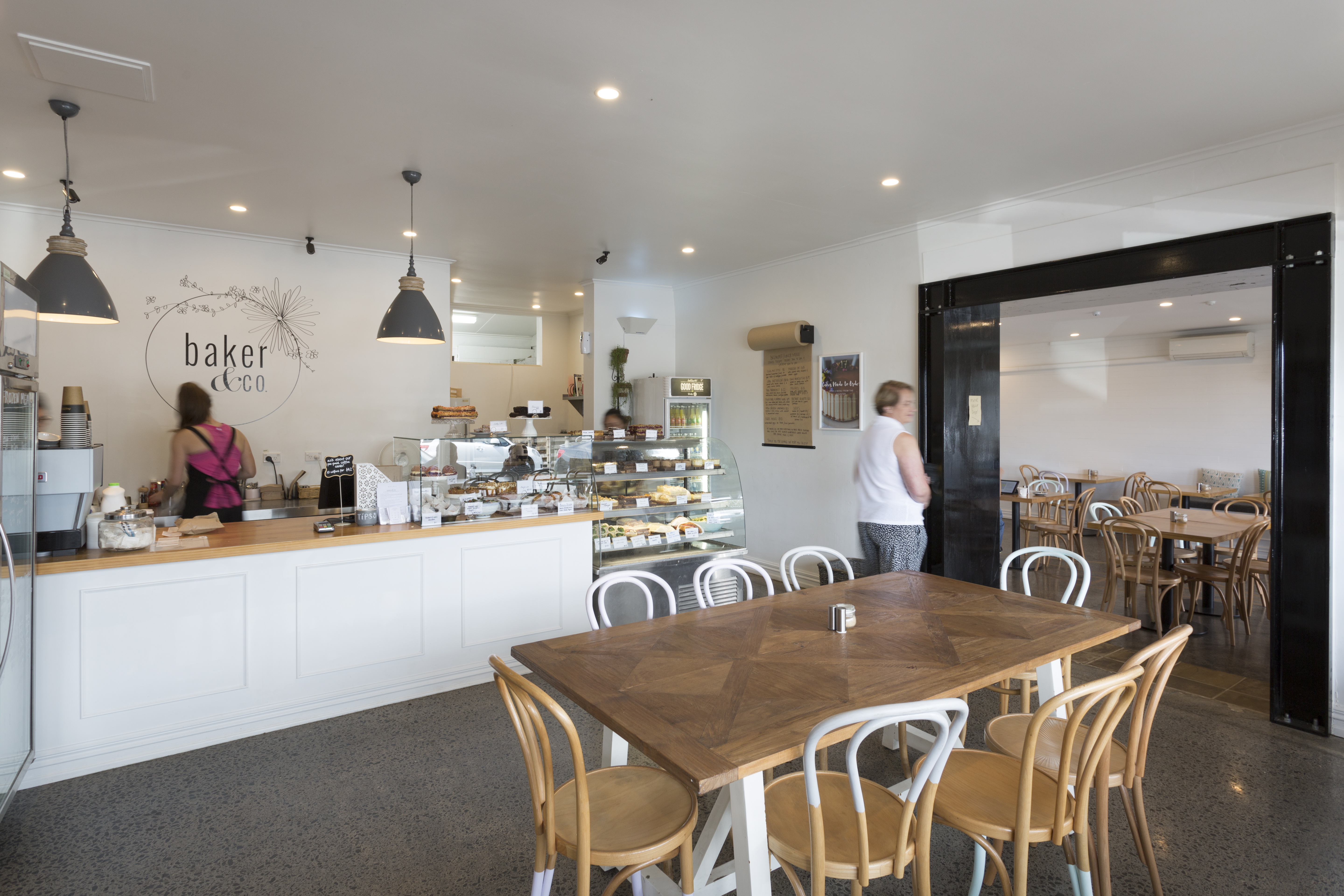 Tasmyn also firmly believes in supporting her local community and giving back where she can. “I love the relationship I have with my customers; it makes it all worthwhile. Recently I did a 30km walk to raise money for the Fred Hollows Foundation, and a lot of my customers sponsored me. I feel like they are all my friends,” she says.

She happily makes shelf space to help local schools selling recipes books as fundraisers, and provides food for schools and other community events. And because everything in the shop is made fresh each day, there are inevitably a few leftovers, which food rescue organisation Kiwi Harvest collects for delivery to charities around the city.